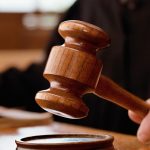 PA child support is collected by the state, once an order for support is          entered.  The process of filing for support and establishing a support order  are subjects of other posts.   This post assumes that you are the payor/obligor of a PA child support order which has been entered and is being enforces by PACSES, the PA State Child Enforcement System.  The arm of this system which collects and disburses support payments is called PASCDU, the PA Support Collection and Disbursement Unit.  Once a child support order has been entered, a case number is assigned to the case (and separate identification numbers are assigned to each party and child involved in the order.)  A wage attachment goes out to the payor’s employers from PASCDU, to enforce the order.  If there are arrearages, the wage attachment is generally increased to collect any arrearages.

PASCDU keeps a close watch on support orders and payments – they are required to by the Federal Government, which funds most state child support collection efforts.  Once an obligor falls 30 days in arrears on the amount of the order, collection efforts begin, which can include scheduling a contempt hearing, notifications to credit rating agencies, seizing bank accounts, and even suspending driver’s licenses and professional licenses.  If an obligor files a tax return and expects a refund, but owes arrears on child support, the refund will be used to pay any outstanding arrears.  It hasn’t always been this efficient; years ago, arrears were often accumulated in large amounts for various reasons.  Nowadays, because of penalties imposed by the Federal government and massive computer databases, those cases are much more rare.

In cases where the obligor is self-employed, wage attachments may not be effective in collecting the full amount of support, but the PASCDU computers and collection system are on the case 24 hours a day, 7 days a week.  A contempt hearing is likely to be scheduled, and at that hearing, the obligor is given an opportunity to make arrangements to pay the arrearages, and make on-time payments thereafter, but it is not uncommon for the court to order the obligor to jail if the obligor does not comply with the payment arrangements set by the court. PASCDU does not care if the obligor is able to pay rent or car payments; its first goal is to collect support ordered by the PACSES system.

There is no statute of limitations on court-ordered child support payments, nor can they be avoided by moving to another state or by taking another job.  PASCDU will track the obligor through their social security number and will obtain assistance from the state the obligor has moved to, to collect the order.  States are required by the Federal government to cooperate and assist other states in collecting support payments from persons who reside within their borders.

The moral of this story is:  if you owe a Pennsylvania child support order, you must pay it as ordered.  If for some reason the amount of the order is not correct, or circumstances have changed which make the existing order no longer appropriate, you must file a petition for modification in the state which entered the order, to change the amount.  Shah Law Group is experienced in working with Pennsylvania child support cases and can assist in this process.  Give us a call!