For those of us who live in Pennsylvania, are U. S. Citizens, and register and vote in elections, unless you are really savvy, you probably don’t know the numbers of the legislative and Congressional districts you live in, your state representative and state senator, or your Congressman or woman.  Even if you do know who these people are, it’s a safe bet you don’t know the outline of the district that person represents.  And if you’ve been around for a while, it’s also a safe bet that the size, shape, and number of these legislative districts have changed in the past 15-20 years.  Why do they change, and who is in charge of drawing these district lines?

Let’s talk about U. S. Congressional Districts first.  About 100 years ago, although the Constitution itself doesn’t say how many Members of Congress there are supposed to be, the total number was set at 435.  There are always 2 senators from every state, so that does not change, unless a new state is admitted to the union.  The Constitution does require that all the 435 members of Congress should represent approximately the same number of people, uniformly across the country. Every 10 years, there is a census taken, and population shifts or population growth is determined.  For the most part, northern old industrial states have been losing population, while Western and Southern states have gained population.  That means that congressional seats must be “reapportioned” among the states.  After the 2000 Census, PA lost 2 representatives, and after the 2010 census, it lost 1 additional representative; these seats were shifted to states with a population growth.  PA now has 18 congressional representatives.

So, under the Constitution, it is the duty of Pennsylvania to “reapportion” the PA Congressional districts to reduce the number of Congressional districts in accordance with the census and redraw the lines.  However, the Census also illustrates shifts in population within PA.  Generally, Western PA has been losing more population than Eastern PA, so the 3 Congressional seats which have been eliminated over the past 17 years have all been from Western PA.  The U.S. Constitution is not specific as to how states reapportion or redraw their district lines, leaving it up to the states.  So, in PA our Constitution leaves it up to the state legislature.  Not surprisingly, they have become “creative” with drawing those boundary lines.  When the PA State legislature was dominated by Republicans after the 2000 Census, they created a wide-ranging and weird-shaped Congressional boundary line, for example, when they redrew the 19th Congressional district lines to pit two popular Democratic Congressmen against each other (Mascara and Murtha). Then after the 2010 Census (and Murtha’s death) they redrew the lines and put a large portion of his district into the 12th district, which was then won by a Republican Keith Ruthfuss.  Much of the rest of it was incorporated into a long, thin 18th district which is represented by Republican Tim Murphy.

The numbers of voters in the district are fairly uniform, but through “packing,” the legislators draw voting districts where, say, 90% of the voters are Democrats, and other districts where the Republican dominate, by, say, 53 or 55%.  Alternatively, they may pursue a tactic of “cracking,” that is, they split up heavily Democratic areas into smaller sections and combine each of them with rural Republican areas to dilute their voting effect.

As a result, although PA voters generally vote, say, 51% Democratic and 49% Republican (or in the reverse as in the last Presidential election), there are 5 Democrats and 13 Republicans in the PA Congressional delegation.  This is not to imply that this is only a Republican tendency – in places where Democrats dominate the state legislatures and the legislatures determine the Congressional district boundaries, they have done the same.

The term “gerrymander” (pronounced “Jerry-mander”) was introduced into the language more than 200 years ago, when this technique was used by former MA governor Elbridge Gerry to produce a district shaped like what news organizations compared to a salamander; they then began calling it a “gerrymander.” PA, having weak election and contribution disclosure laws, has been a prime example of gerrymandering for the country.  Should something be done about this?  What can be done about this?  Does it make a difference if you are a Republican or a Democrat?  More on that in the next article. 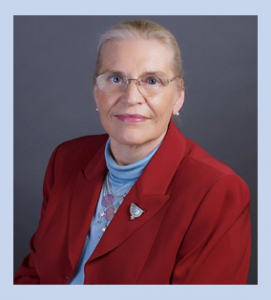 Have a question or ready to get started? Let’s talk.