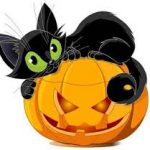 Sharing custody at Halloween doesn’t have to be all “Double, Double, Toil and Trouble!”

The entire month of October is such a fun time of year for children.  It is a month full of fall festivals, pumpkin-picking and hayrides, topped off with dressing up in a costume and trick-or treating in the neighborhood on Halloween.  It seems that every year, however, some children’s Halloween fun gets spoiled because their parents have a disagreement over some Halloween-related matter.  If you think you are going to experience some problems this Halloween, do yourself (and your kids) a favor and talk to your custody lawyer about them ahead of time.  In the meantime, here are some tips:

Be Specific in Your Custody Agreement to Avoid a “Ghoulish” Argument

Make sure that your custody agreement regarding Halloween (and all other  holidays) clearly states which parent is to have the children on Halloween, and at what times.  Depending on where you reside, your agreement might need to specify whether “Halloween” means October 31, or whether it means the date your neighborhood has trick-or-treating.  If the agreement is not clear, talk to your child custody lawyer about this.

Lack of Communication is a Nightmare

Don’t be a Petty Pumpkin!

Try not to argue about things like Halloween costumes.  If your ex chooses a costume for your child that you absolutely hate, then pick your own costume and go trick-or-treating on a different day in a different neighborhood if it is that important to you. What good would come out confronting your ex about their terrible (to you) choice of costume?  Nothing, except hard feelings.  When co-parenting, you must pick your battles.  This is true for separated and intact families alike. 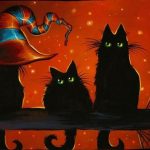 Avoid Howling at the Other Parent

If it is your ex’s turn to have the children for Halloween this year, and you just know that he or she will allow the kids to stay up too late, eat way too much Halloween candy, watch scary movies that you don’t approve of, etc., it’s time to get over it.  Unless there is a real safety concern, you can’t control what happens during your ex’s custody time.  Every parent has their own parenting style.  Different doesn’t always mean wrong.

If there is a bigger issue, such as one parent doesn’t believe in celebrating Halloween for religious reasons, then you must speak with a child custody lawyer.  The custody lawyer would probably tell you that in most cases, parents share legal custody, meaning that they both have to agree on legal custody matters.   While a judge may grant one parent legal custody to make decisions on behalf of the children in very specific situations, it is unlikely a judge will do so when there is a dispute about religion. Lots of parents have different religious views.  In those families, it is actually a benefit for the children to learn different views, and even more of a benefit when they observe their parents tolerating and even respecting each other’s views.

So this Halloween, don’t be haunted by conflict.  Communicate with the other parent in advance to make sure you are both on the same page.  If you expect that there will be issues, talk to your custody lawyer.