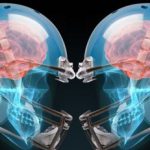 Can one parent overrule the other parent on the question of a teenager playing football?

A Pittsburgh-area Dad wound up in court in his attempt to prevent his youngest son form playing high-school football.  Alarmed about the link between football and long-term brain damage, John Orsini tried to persuade his ex-wife to prohibit their youngest son from playing high school football.  When she refused his request, she noted that he should be allowed to continue playing because he understood the risks. She thought Dad was just being overprotective.  However, as the former head of a leading divorce lawyer association stated, the “football controversy” is actually a real medical issue.

Courts have tried to stay out of micro-managing custody disputes

So what was Orsini to do?  Local Family Court Judges strongly favor a joint or shared legal custody situation, in which important decisions are shared between parents who are separated or divorced, although physical custody arrangements which set forth the days or times the children stay with which parent may be substantially different.   However, the courts have been reluctant to get involved in decision-making relating to the children, finding that a slippery slope that encourages “revolving door” parents to come back again and again for little disputes, particularly when there is high conflict between the parents. A few years ago, Family Courts began to use “parent coordinators,” specially -trained mediators who would work with the parents and try to resolve their differences, but when agreement could not be reached, the parent coordinator was empowered to choose the position that he or she felt was best for the child.  The law which was passed to enable this procedure gave the disappointed parent the right to challenge that decision by asking the judge of the case to hold a hearing on the issue. However, within a year or two after the law was passed, the PA Supreme Court declared it unconstitutional.  Back to the drawing board.

The struggle over football is a serious issue

As reported by the New York Times on March 5, 2018, it is impossible to say precisely how many disputes over football are occurring in family courts, but it is clear that across the nation there have been increases in custody litigation related to children playing football (or hockey).  In Orsini’s case, Orsini has always been an enthusiastic supporter of football; their oldest son plays football in college. However, his view of the game changed when their second son experienced 3 sport-related concussions. Orsini felt that his son’s doctors were taking them too lightly, when they kept releasing him to play, telling Orsini that there was no medical evidence that his son should not continue to play.  Having worked as an attorney, he felt that the doctors were less than forthcoming about the risks.  He undertook research and found, among other things, that Boston University researchers reported cognitive problems in boys who began playing tackle football before the age of 12.  He instructed the school to prohibit their son  from practicing and playing football, on the ground that he and his ex-wife had joint legal custody.  Initially the school complied with his request.

What remedies are available to parents who disagree?

Orsini’s ex-wife, Janice, filed an emergency request in Family Court to allow their son to play football, arguing that she was just trying to maintain the status quo.  Mr. Orsini came to court and argued that playing football should not be considered the status quo, since their middle son had already suffered three concussions, and that common sense, together with the results of research on the brains of young boys, dictated that the son’s best interests would best be served by not permitting their youngest son to play football.  Initially, the judge allowed Mr. Orsini’s ban to stand, but 3 weeks later when Mrs. Orsini filed a petition to gain sole legal custody of their son related to this issue, the judge agreed with her and agreed to let the boy resume playing football while the case went through the regular process required of petitions for modification of custody.  The case is now going through the mediation process, but no positions have changed.  It is likely that it will be scheduled for trial at which point the judge will have to choose which parent should have legal custody to decide whether the child can play football.  In the process, the parents’ relationship, already contentious, has been badly strained, and the sons now rarely speak with their father.  The case has dragged on, and Mr. Orsini fears that if he can’t stop his son from continuing to play football, that he is on track to have serious brain damage done.

No solution seems close for this dispute.